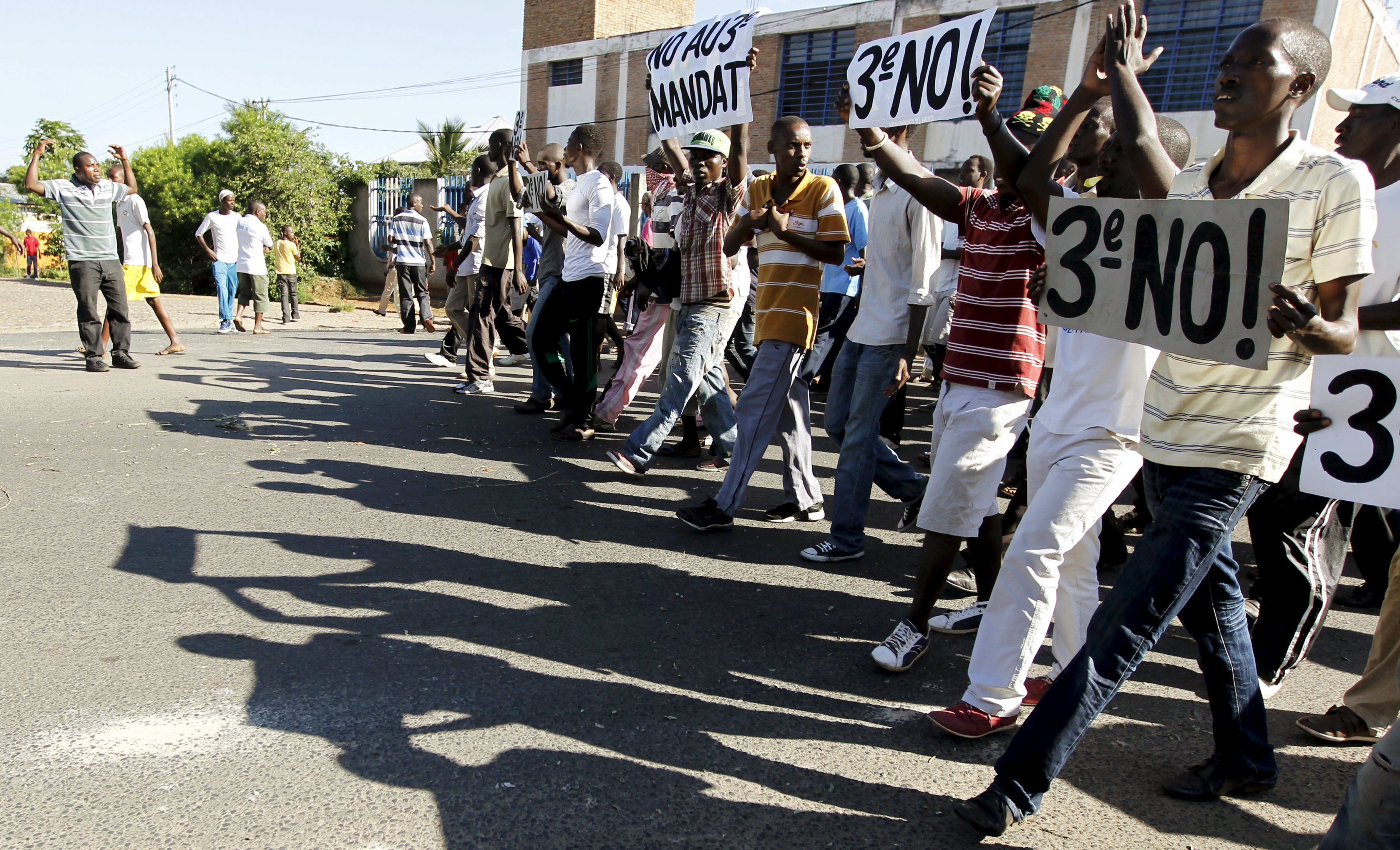 Leaders of the International Conference on the Great Lakes Region (ICGLR) condemned yesterday in Luanda, the attempted coup in Burundi Bujumbura and urged the authorities to postpone the elections in order to involve all stakeholders in a peaceful electoral process , credible and transparent. 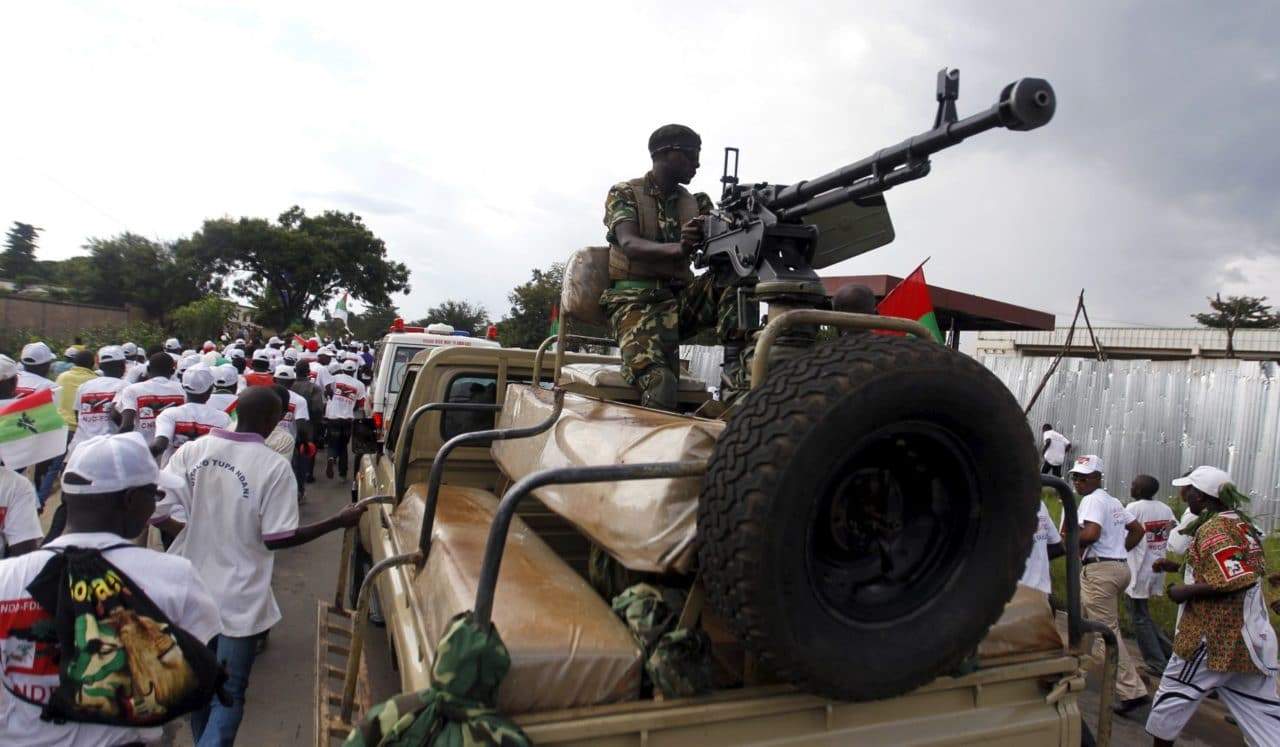 After meeting for several hours in the Angolan capital, an Extraordinary Summit convened by the chairman of the ICGLR, José Eduardo dos Santos, the region’s leaders issued a statement urging all parties involved in the pre-electoral crisis in Burundi to cease acts of violence and to engage in dialogue and peace. 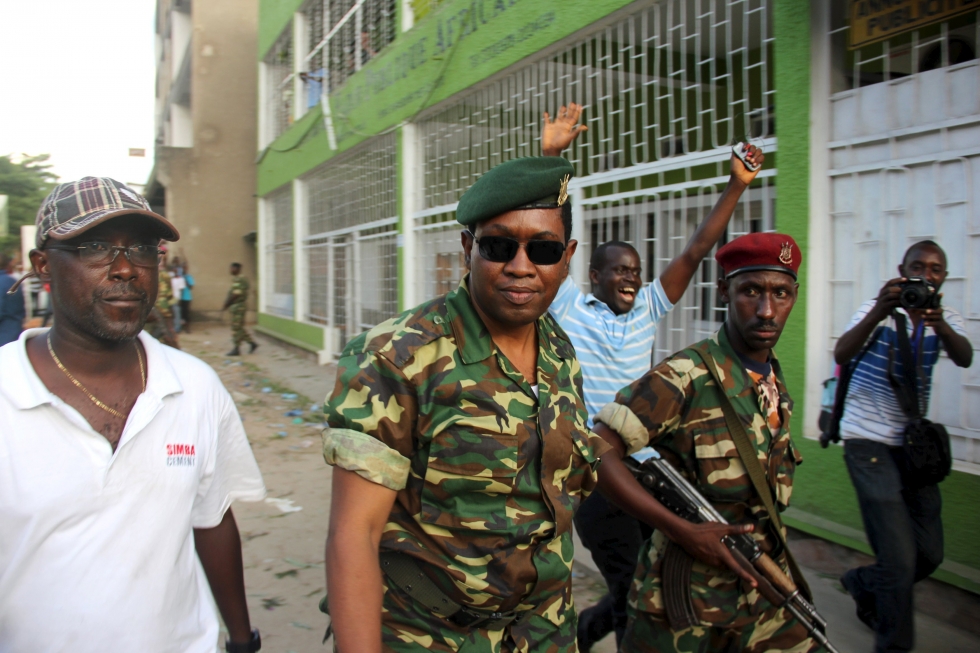 In the “Luanda Declaration”, the leaders of the Great Lakes Region called on the Burundian government to respect the constitutional rights of the people and their obligations under the ICGLR pact on security, stability and development.

The pre-electoral crisis in Burundi has led to hundreds of families leave their areas of origin in search of refuge. Hundreds of displaced families now need the attention of the Burundian authorities and the international community. The crisis also affected the Secretariat of the ICGLR. The leaders of the region have recommended that this structure pass to work temporarily out of Burundi until the situation returns to normal.

Also with regard to Burundi, the ICGLR leaders decided to move to Bujumbura a delegation of Heads of State to assess the situation and contribute to a peaceful solution of the current crisis. The delegation traveling the “earliest possible”, is composed of Heads of State of South Africa, Kenya, Uganda and Tanzania.

Besides Burundi, the ICGLR leaders also discussed the latest developments in eastern DRC, the political situation in CAR and South Sudan. The leaders of the ICGLR encouraged the DRC government to continue with the military offensive against FDRL and other negative forces, aimed at neutralizing their command structures.

Dialogue in the DRC

The “Luanda Declaration” encourages strategic dialogue between the DRC government and the UN in order to restore cooperation between the armed forces of the DRC and the UN Mission to the DRC (MONUSCO), in order to increase pressure on negative forces and armed groups still operating in the region. 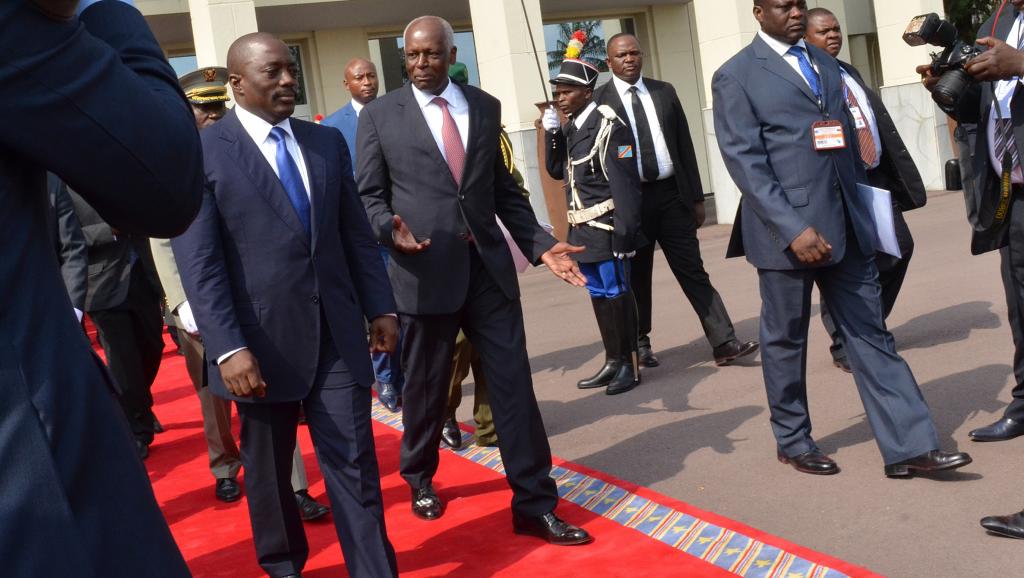 The leaders of the region have encouraged the rapid repatriation to Rwanda of the elements of FDRL (Kanyabahonga, Walungu and Lieutenant General Bahuma) and their families who are in transit camps in the DRC. The leaders of the region congratulated the Tanzanian Government for the arrest of the ADF leader, Sheikh Jamil Mukulu, and also welcomed the surrender of the founder of NALU group to government authorities of Uganda.

The ICGLR leaders will convene a joint summit with the Economic Community of Central African States (ECCAS), to discuss the situation of the RCA, and made an appeal to members of the Conference and the international community to honor their previous commitments and mobilize additional resources to ensure the conduct of the election.

Also with regard to international support for the transition process in the CAR, the ICGLR leaders called for an end of sanctions and the arms embargo to that country and ask for that purpose, the support of the African members of the UN Security to restore national security agencies. The “Luanda Declaration” also refers to the need to lift restrictions on trade of diamonds under the Kimberly process.

The leaders called for the ministers of the ICGLR participate in an International Conference on RCA, scheduled for the 26th in Brussels, under the coordination of Rwanda, and asked the Committee of Ministers of Defense to set up a Military Committee of Experts of the region that finds on the ground responsible for the needs of the Armed Forces and develop a service plan.

With regard to South Sudan, the leaders of the region have been peremptory in recognition of the Government’s efforts to find solutions for peace and condemning the rebels of the SPLM-IO, Riek Machar led by, accused of being the main obstacle in the implementation of the agreements for the peaceful resolution of the conflict.

The leaders of the ICGLR called for mediation of historical African liberation parties (ANC, Chama Cha Mapinduzi and MRN), which must meet urgent to review the status of implementation of the Reunification Agreement the SPLM. It is an expedient necessary for the engagement of the SPLM-IO rebels in a negotiated settlement, to form an inclusive transitional government and national unity. The “Luanda Declaration” recognizes and supports the role played by Troika CPA, formed by the governments of Norway, USA and the UK, in the peace process led by the Intergovernmental Authority on Development (IGAD), and is opposed to any kind of arms embargo against South Sudan. “The effects of such a measure would be counterproductive and would only serve to exacerbate the situation in the country.”

The leaders of the ICGLR expressed support and solidarity to the Government and people of Sudan and even made an appeal to end the sanctions imposed on that country for two decades.

The “Luanda Declaration” condemns the support the Sudanese negative forces (JEM, SPLM-N, SLM.AW and SLM-MM) and makes an appeal to cooperation with other regional actors and international organizations to curb the proliferation of mercenaries, smugglers weapons and negative forces that make maintenance peacekeepers, humanitarian workers and civilians their targets.

Speaking at the opening of the Extraordinary Summit that gathered in Luanda, most leaders in the region, chairman of the ICGLR, José Eduardo dos Santos, said the situation in the region “inspires care” and that the most recent events in Burundi , South Sudan and DRC have “inevitable consequences on the remaining member states.”

On the situation in Burundi, in addition to condemn vigorously the pre-election political tension and the attempted coup, the Angolan Head of State welcomed, on behalf of the Conference, the defense of the constitutional order by forces loyal to President Pierre Nkurunziza .

The president of the ICGLR did, however, appeal to the restoration of dialogue between Burundians to be created the conditions, with the support of the Region, for the holding of legislative and presidential elections in an orderly, transparent and credible manner. About RCA, José Eduardo dos Santos spoke of “cautious optimism” about the chances of effective implementation of the peace and reconciliation process and stabilizing the country. “We welcome the progress achieved in recent weeks, but you must continue to support the transitional government and the peace process in the Mediator so that they can integrate the armed groups still operate in areas outside the government’s control.”

The leader in exercise of ICGLR encouraged the governments of the DRC and Southern Sudan, which develop offensive to destroy the negative forces in their territories to join international organizations such as the UN and the African Union, to find solutions to stop the plundering of natural resources, end violence against civilians and create conditions for the holding of democratic elections.

José Eduardo dos Santos warned of the threat that terrorism poses to the stability and regional development and cited the massacre of more than hundred and fifty students in Kenya, as well as other terrorist acts perpetrated by Al Shabab group. “These are crimes that condemn vehemently,” said the leader of the ICGLR, which he considered “unacceptable” that resort to such acts to solve political or other disputes.
The Angolan President suggested the extension of regional mechanisms for fighting terrorism, through closer collaboration among agencies of information and intelligence in the region, as well as effective control of cross-border movement and illegal immigration.

To the Angolan leader, controlling cross-border movement and immigration has nothing to do with xenophobic attitudes against African citizens or other continents, departing from its origins seeking refuge or seeking help from legal and honest way for the development of country that received them. José Eduardo dos Santos called for concerted efforts by all members of the ICGLR, because only then, he said, it is possible to establish in the region a climate of peace, harmony, stability and security within and across borders.
“This is the indispensable condition for extend our cooperation to the benefit of their peoples,” he argued.

On the sidelines of the summit, President Jose Eduardo dos Santos held talks with his counterparts from RCA, Catherine Samba-Panza, and South Africa, Jacob Zuma, who was part of the meeting as a guest.

Speaking to the press after meeting with the Angolan Head of State, Catherine Samba-Panza thanked the support of President Jose Eduardo dos Santos to initiatives to bring peace and stability to the people of RCA.

The meeting with President Zuma, who is the current leader of the defense policy board and Security of the Southern African Development Community (SADC), served to fix positions on the points of the Summit agenda, including the question prevails in eastern DRC. Jacob Zuma left the residence protocol at Talatona complex and joined the other leaders in the work room.
Timely

The Minister of Foreign Affairs of Rwanda highlighted the “opportune moment” in which took place the Extraordinary Summit of Heads of State and Government of the ICGLR. Louise Mushikiwabo, representing President Paul Kagame, said that Angola since taking over the presidency of the ICGLR, has devoted great attention to the sub-regional organization, monitoring of all files.

The head of Rwandan diplomacy praised the work of President José Eduardo dos Santos ahead of the ICGLR since last year. Louise Mushikiwabo said that the Angolan leader is “a man seriously and with great political maturity”.

The Foreign Minister of South Sudan, Barnaba Marial Benjamin, considered calm the current situation in his country and said that President Salva Kiir Mayardit and other forces of the country are working for the achievement of lasting peace.

The Sudanese diplomat said that his country aims to achieve a lasting peace and that political leaders can resolve all conflicts in the dialog base, in order to have free elections. “We will integrate all the rebel soldiers who return to our Armed Forces Southern Sudan and this is the way forward,” he said.

The Minister of Foreign Affairs, Georges Chikoti, said that Angola will continue to support the ICGLR member states in the search for peaceful solutions to conflicts and thus promote peace and stability. Chikoti reiterated that Angola supports all initiatives for peace in the region, but ruled out any possibility of sending troops. 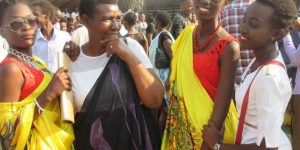 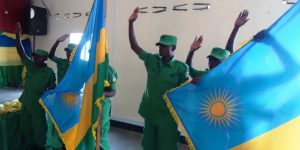 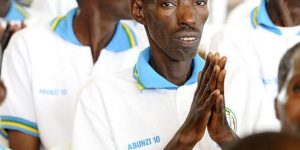 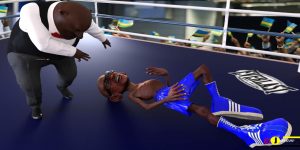 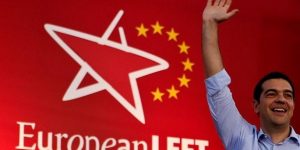 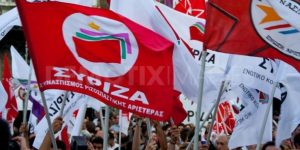